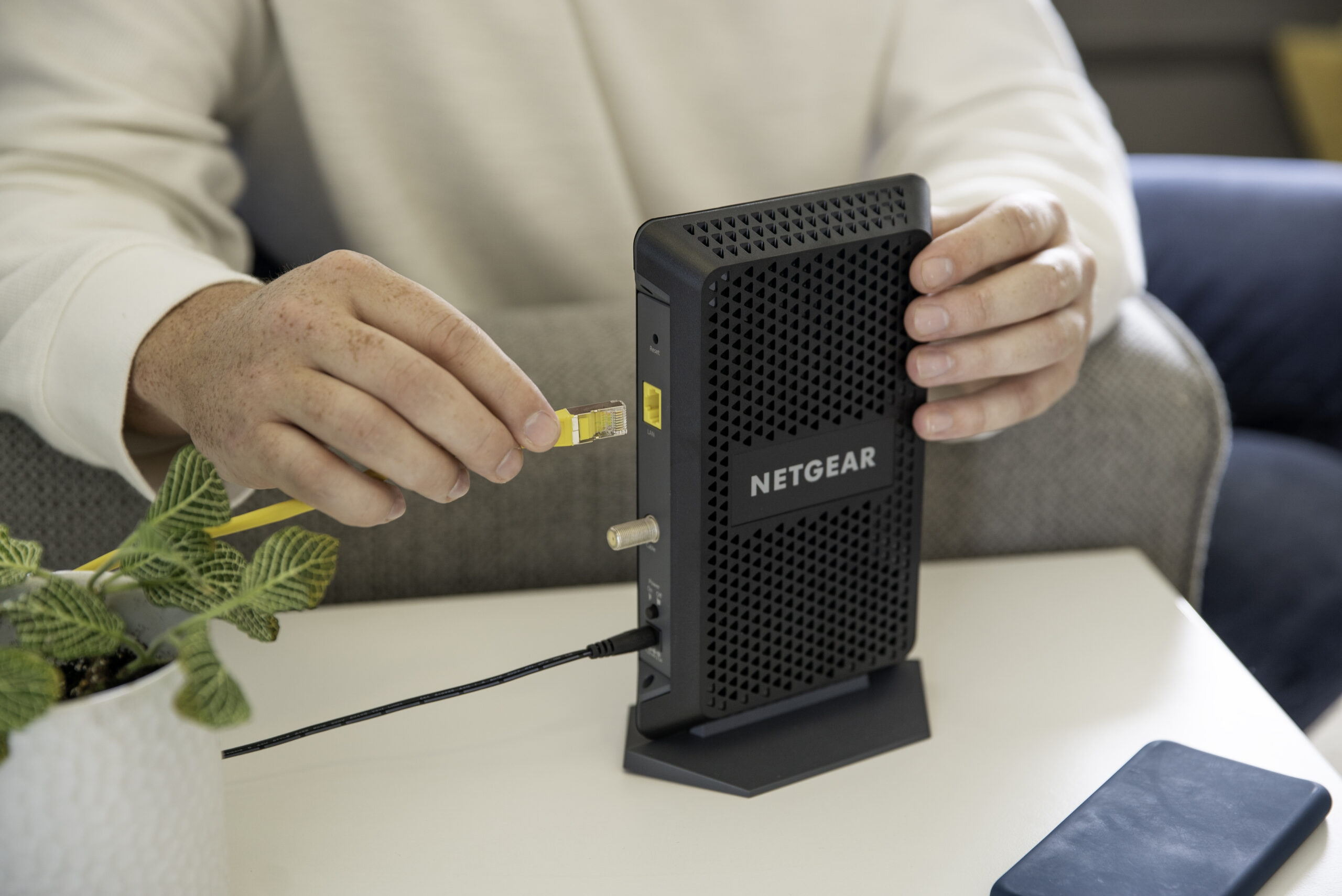 As do a lot of cable internet customers, I dread each year the moment when the promotional price for my service expires. What was once a decent price evaporates, leaving an inflated number, and it’s time to make that call or do that chat and negotiate the coming year’s bill.

This year was different. For one thing, I last grappled with a Comcast rep in 2020 over their monthly vig, having agreed to a two-year deal in 2020 to pay $70 a month for the company’s gigabit service. As far as internet-bill angst goes, 2021 was peaceful.

But this time around, when $70 a month threatened to become more than $100 a month, the process was different. I didn’t interact with a rep, either by voice or chat. Instead, I opened the Xfinity My Account iPhone app, tapped a few links and buttons, and then my bill was $60 a month. I’m no longer getting the company’s 1.2-Gbps-downloads service, but close enough to it. And in reality, I never achieved the plan’s full gigabit speeds, except when I reviewed Comcast’s newest xFi gateway, the XB8.

More on that in a minute.

Back in 2020, when it came time to negotiate my price, I was offered a deal that seemed too good to pass up. I was paying for 275-Mbps downloads, and the Comcast rep I talked to offered me the gigabit service for the same price for two years. I was contractually bound the first year, but could quit if I wanted in the second, but Comcast wouldn’t raise my rate until the two-year period was up. I bit, but in order to get those faster speeds, I needed faster equipment.

I use my own network gear with Comcast, and my cable modem and router back then weren’t up to the task. I wound up replacing both, and it cost me dearly. As I wrote at the time, it would take me 32 months to recover the benefits of not paying Comcast’s $14-a-month rent for its own modem/router combo.

What I bought was a TP-Link AX6000 router and a Netgear CM1000 cable modem. As I said, I never was able to get the full gigabit service with this hardware, despite the CM1000 being a DOCSIS 3.1 modem. But not all 3.1 hardware is equal, and the best I could do in speed tests directly from the modem to the router were just over 800 Mbps, usually more in the 700 Mbps range. That said, our need for speed is not that high. We stream TV shows and movies; I’m fond of downloading multi-gigabyte operating systems; and my wife’s remote psychotherapy business involves lots of teleconferencing. We could easily get by with much, much slower download speeds.

But one of the main reasons I wanted Comcast’s gigabit tier was for its upload speeds. The cable provider is notoriously chincy when it comes to its upstream service – which, to be fair, is partly a limitation of the current DOCSIS standard and will be fixed in DOCSIS 4.0 – and you have to approach or adopt the gig-speed tiers to get decent uploads. Comcast’s 1.2-Gbps service gets you 35-Mbps uploads; for the 900-Mbps tier, it’s 20 Mpbs up. (Even more annoying: Comcast hides the upload speed when you’re shopping for service.)

As I knew that my promotional period was soon coming to a close, I started looking at Comcast’s other plans, figuring I’d drop down a notch or two to save money. That’s when I saw on my account page that my CM1000 cable modem was now labeled as “not supported”. There was no explanation as to what that meant, and the modem was working just fine. I contacted Comcast and was told by a support rep that the modem was no longer getting firmware updates, and that it didn’t support the company’s higher-speed tiers.

“It’s not going to quit working, you can keep using it,” he told me.

I’m the kind of user who likes to keep my hardware’s code up to date, and since unpatched vulnerabilities so not getting firmware updates was concerning. What I didn’t pay attention to was his second explanation: that it didn’t support higher-speed tiers, because he didn’t say explicitly that the CM1000 couldn’t support the 1.2-Gbps tier I was paying for.

This notation made me decide to replace my cable modem. I also was beginning to question the conventional wisdom that you an save money in the long term by owning your own router and modem, versus renting a gateway from Comcast. That might still be true at slower tiers, where lower-cost modems and routers would be paid off quickly, but once you are subscribing to the gigabit tiers, the cost of equipment jumps. It might actually be better to go with Comcast’s gateway in that instance, given that it could literally take years to recoup third-party equipment costs.

That’s when I decided to ask Comcast if I could review the XB8, the company’s latest xFi gateway. It’s big selling point, besides supporting multi-gigabit speeds, is that it supports WiFi 6E, which provides a third radio band as an expansion of WiFi 6. If you’ve got a device that can talk to its 6-GHz band, the result is dramatic. As I wrote in my review, a Samsung Galaxy S22+, which works with 6E, had download speeds of as much as 1.3 Gbps – essentially, the full throughput for Comcast’s 1.2-Gbps service. (If the stars align, Comcast’s tested speeds often exceed their tier’s top speeds.)

I might have indeed made the leap to renting the XB8 for $14 a month if it hadn’t been for two showstopper bugs. The gateway really wants its users to have just one network work name and it will sort out what devices work best on which band – 2.4, 5 or 6 GHz. But because of the way my home network is configured, I needed them to be separated. Unfortunately, when I configured it that way, the 5- and 6-GHz bands would occasionally vanish, leaving the anemic 2.4-GHz signal.

And my one of my wife’s computers, a Microsoft Surface Pro 5, was unable to connect to the 5-GHz band, even though it worked just fine on other routers. A Comcast rep said this was a known issue with this particular PC. But it meant that I could not set the gateway to one SSID, ever. Despite its speed and advanced tech, the XB8 just didn’t work for me, and I returned it when I was done with the review, rather than start renting it. (Comcast is working on a fix for the split-network bug, but at this writing it has not yet been released.)

I then wound up buying a new cable modem, a Motorola MB8611, which is capable of multi-gig speeds, for about $180. I also went through the process I outlined above of dropping back to Comcast’s 900 Mbps down, 20 Mbps up service for $60 a month, saving $10 a month off my bill. Unfortunately, the MB8611 was not reliable, spontaneously rebooting, sometimes several times a day. I’d seen other users complaining on this on forums and Amazon product reviews, but I figured I’d give it a shot. I was not immune to this problem, and ended up returning it to Best Buy.

I went back to using my unsupported CM1000. I’m getting about the same speeds as I was before all this started, and the modem is rock-solid and reliable. I’ve owned it and the TP-Link router for about two years, so I’ve got another eight months before the hardware has paid for itself. Lack of firmware updates may result in problems in the future, but so far I’m happy. But it may be a long time before I invest in my own modem and router again.